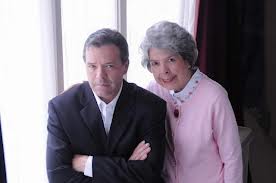 When Ian Rutledge is assigned to head up an investigation involving an unidentified body, Rutledge has a difficult job.  First, he must identify the body and that does not prove to be an easy task.  Second, he must decide if the victim is a murder victim or if he died accidentally.   Then once he has reached the conclusion that the victim was murdered Rutledge must discover where he was murdered.  Rutledge feels that the victim met his death at a different location and the body was later moved.

Rutledge turns up a clue that leads him to suspect that the victim might have a connection to the firm of House of French, French and Traynor.  The firm produces a world famous Madeira wine.  Lewis French, the head of the London office, is missing.  Rutledge is unable to locate French in London and his sister has no idea where her brother might be.

Matthew Traynor, head of the Portugal side of the wine operation, is expected to arrive in England but the French family has not received any word from Traynor and his office only knows he left Portugal to travel to London.

Three women connected to French are interviewed by Rutledge.  French’s sister, his former fiancée and his current fiancée and none can offer a clue as to French’s whereabouts or what may have happened to him.

When Rutledge discovers a link to an incident in the French’s family’s past he feels that the man involved warrants further investigation.  Rutledge’s superintendent is not interested and insists that Rutledge arrest one of the women from French’s past and her father who is employed in the company business.  In spite of his supervisor’s instructions Rutledge proceeds to look into the incident from the past and becomes more and more convinced that he is on the right path to find out the truth about the victim, who he now is sure is Lewis French.

This latest addition to the Rutledge series is a complicated and confusing read and not as enjoyable as the previous novels in this series. I would still recommend the series to a reader who enjoys British mysteries.