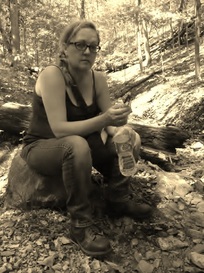 Robin’s writing career began at the age of eight, when her grandmother insisted she read Gone with the Wind before taking her to see the movie. Inspired by Margaret Mitchell, she began scribbling little booklets of stories, and was the editor of her elementary school newspaper and a columnist in high school. She submitted a short story to Seventeen magazine and was promptly rejected, but still keeps a copy of the manuscript in her desk.
Robin has worked as a snack bar cook, a salad prepper, a camp counselor, a waitress, a receptionist, a housekeeper, a freelancer, an editor, and an employment consultant and manager. She’s also been in car sales, skin care sales, cookware sales, advertising sales, and MLM. She’s owned and operated an entrepreneurial conglomerate, a cleaning service, an old-time photography studio, a bookstore, and a publishing house.

Six years ago, Robin and her husband Dennis moved back to St. Louis, after many years in Columbia, Sedalia, Colorado Springs, Durango, and Granbury and Tolar, Texas. They live with their youngest son, a dog, a cat, and a new puppy. www.robintidwell.com

Robin: Oh, on and off since I was about three or four years old. I used to make little paper books with squares of notebook paper and Scotch tape. I was editor of my school paper in elementary school, and wrote for my high school paper, and wrote the requisite teenage gloom-and-doom poetry. Professionally, I’ve been writing since 2007.

Robin: Actually, when I published my first book. And then I realized there was so much more, so many more challenges, and that success was relative to one’s own goals.

Robin: Oh, yes. Almost exactly what I expected. Including the pay grade . . .

Robin: Hmm, speaking of that pay grade . . .  I didn’t have any expectations, really; I had hopes. I’m still hoping!

Robin: Not so much. As a publisher myself, I know that I have the vehicle to get my books in print, but even before that, I knew the odds of getting an agent and being picked up by a major house were somewhere between slim and none. My focus has remained the same, to write quality books that I like.

Robin: Well, I spent a day sending off agent queries, and then waited around for, oh, a few weeks. I got a couple “not interested” emails, and decided I was already tired of waiting to hear more. I’m not very patient . . . but I also knew I didn’t want to play that game. I even turned down an offer from a small press. So I self-published.

Robin: I don’t think so. I might query a few more agents, I might have waited a bit longer, but I like where I’m at now, and what I do. 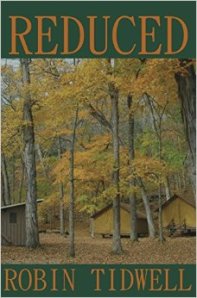 Robin: Finding writing time is the most difficult. I tend to start and finish and ignore everything in between for a few weeks or so. And to be honest, I don’t do a lot of rewrites. I do, however, spend an hour every day, six days a week, doing promotion. Every morning, without fail, no excuses. It’s a habit now.

Robin: Well, my books are good. And timely. And during my days as a bookseller, and now as a publisher, I see a lot of garbage—books that should never be published, or need a lot more work before publication. I think the good ones will stick around, the bad ones will eventually sink to the bottom. 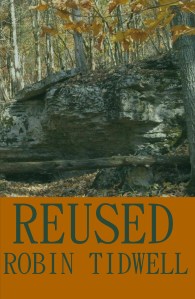 Robin: No one thing comes to mind, but I do blog twice a week on RobinWrites on things of interest to writers at all stages.

Robin: Well, you are!

Robin: Cold calls. Getting the motivation to go see someone about my books and set up an event. No one will believe this, but as a child, I’d walk around with my head down all the time—I’m surprised my chin didn’t fuse to my chest. Sometimes, it’s still hard to talk to people one-on-one, in spite of all the sales jobs I’ve held. It’s much easier to talk about someone else’s book! 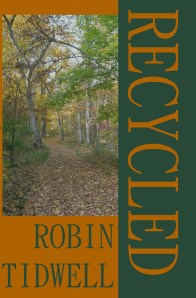 Robin: RECYCLED is the third book in the REDUCED Series. Abby has survived and fought back against the government for nearly 20 years, and is ready to simply escape it all. But Alison and Brad convince her to carry on for one last mission, to Chicago, the heart of Co-OpComm, and bring an end to the tyranny.

Robin: The REDUCED Series is available on Amazon, Barnes and Noble, The Book House, STLBooks, and via Ingram.

3 thoughts on “An interview with Robin Tidwell”