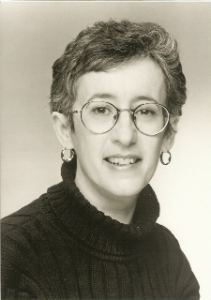 Social media finally caught up with me in 2013, when Poisoned Pen Press published Brooklyn Bones. While it is a rumor started by my nearest and dearest that I would prefer to write with a quill pen, it is true that I am not excited by technology. Now I had to deal with it and the way it has changed book marketing.  I wrote a blog about my experiences then. With another book, Brooklyn Graves out, and Brooklyn  Secrets scheduled for December, I thought it was time to update with what I have – I hope! – learned.

(The italicized sentences are from 2013.)

Our bookish world is changing so fast it’s hard to keep up. While I feel as if I have achieved something with Facebook, my own website and madly guest blogging, whooshing right past me are Twitter, Pinterest and other sites and activities yet to be named.  (By me. I know they are already out there and have names.)

I actually used this idea in the forthcoming book, Brooklyn Secrets (Dec, 2015.) My protagonist’s daughter finds some crucial information out on the Web and doesn’t bother explaining how.  She just says, “Leave it to me. You wouldn’t understand.”   That is how I finessed the likelihood that by the time the book comes out, there will be even newer modes of social media, and I could never be really up to date.

I hired someone to set up a web site for me. And I kind of liked creating and updating it.

That website is overdue for an update and this time I have hired someone with real experience designing author sites. The first result was what I wanted at the time, but even I can see it is not doing the job I need it to do.  Plus, the marketing person at my publisher says it needs to be more interactive.

Then I joined FaceBook after years of refusing to consider it. And I kind of like it, too.  I understand  what  it is: it takes the place  of water cooler conversations at work.

In fact, it takes that place much too well for me as the only thing I miss about having a day job is the social interaction. My new rule needs to be FaceBook after productive  writing – after!-  and not instead of .  (Anyone else noticed this issue?)

Well, that hasn’t changed. Facebook continues to be a way-too-attractive nuisance, perfect for purposes of procrastination.

It culminated by promoting Brooklyn Bones the old-fashioned way. In person! I had a launch party at Mysterious Bookshop in Manhattan.

I had another book launch party at Mysterious Bookshop for the next book, Brooklyn Graves. We had cookies with the book cover on them. They looked terrific and tasted pretty good, too.  The party was definitely fun and we sold some books.

What else?  I am going to some of the fan conventions. This year at Malice Domestic, a number of people – not friends or family! – had my books and wanted me to sign them. So maybe this is all working.

Brooklyn Secrets  will be not quite out in time for Bouchercon 2015 in October.  I am hoping that if I go, speak on a panel, talk to lots of people –

with giveaways in hand – it will generate some interest anyway.

What else have I learned?

Perhaps I can come back in two years and report on the new lessons learned.

Triss Stein is a small–town girl from New York farm country who has spent most of her adult life in New York, the city. This gives her the useful double vision of a stranger and a resident for writing mysteries about Brooklyn, her ever-fascinating, ever-changing, ever-challenging adopted home. Brooklyn Graves is the most recent, and Brooklyn Secrets will be out from Poisoned Pen Press in December, 2015. It is available for pre-order now.

Find me on Facebook or my web page: http://trissstein.com/

A brutally murdered friend who was a family man with not an enemy in the world. A box full of charming letters home, written a century ago by an unknown young woman working at the famed Tiffany studios. Historic Green-Wood cemetery, where a decrepit mausoleum with stunning stained glass windows is now off limits, even to a famed art historian.

Suddenly, all of this, from the tragic to the merely eccentric, becomes part of Erica Donato’s life. She is a close friend of the murdered man’s family and feels compelled to help them. She is arbitrarily assigned to catalogue the valuable letters for an arrogant expert visiting the history museum where she works. She is the person who took that same expert to see the mausoleum windows.

Her life is full enough. She is a youngish single mother of a teen, an oldish history grad student, lowest person on the museum’s totem pole. She doesn’t need more responsibility, but she gets it anyway as secrets start emerging in the most unexpected places: an admirable life was not what it seemed, confiding letters conceal their most important story and too many people have hidden agendas.

In Brooklyn Graves a story of old families, old loves and hidden ties merges with new crimes and the true value of art, against the background of the splendid old cemetery and the life of modern Brooklyn.

7 thoughts on “From quill to social media – what a leap! by Triss Stein”