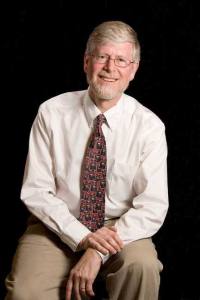 My contemporary murder mysteries include a supernatural phenomenon, another kind of ‘mystery’ to be ‘solved’ by the protagonist along the way. BLEEDER portrays a stigmatic priest (well…maybe he is or isn’t), VIPER contains Marian apparitions (or is it an illusion?) and SPECTER has a ghost (unless it’s only nervous people being spooked (sorry) or possibly a soul reaching out from Purgatory, if you believe that stuff). Secular readers appreciate the non-preachy ambivalence, while committed Catholic readers recognize such ‘higher mysteries.’ Reaching the former, more ‘general’ audience requires the ‘usual’ avenues: media releases, reviews in mystery venues, a virtual book tour via blogs, social media, mystery writer/fan conferences, library events, radio interviews and the like. But reaching the decidedly devout Catholic subculture requires some specialization.

This is where belonging to the Catholic Writers Guild has been so important. The instruction, encouragement, friendship and networking – as one finds in any writers’ organization – has been (ahem) a blessing. When it comes to promotion, let me mention three specific ways:

First, the Guild uses a panel of member readers/editors to evaluate the ‘catholicity’ of books in order to award a Guild “Seal of Approval.” This isn’t about “I Iiked it or didn’t” or about its ‘cleanness’ in terms of sex and violence (honest expression of such realities is fine if it’s not merely gratuitous). It’s a way to assure Catholic bookstore and giftshop owners that the book is authentically Catholic: faithful to traditional Catholic teaching and respectful of traditional Catholic values. It’s something they can place on their shelves without being embarrassed. Books granted the Seal are promoted in a colorful monthly newsletter sent to the nationwide network of bookstores and are eligible for display at the many conferences where the Guild has a presence, such as the World Meeting of Families (a huge conference held in conjunction with the papal visit to the U.S.), homeschool conferences (there are many of these), various retreats, and the annual Catholic Marketing Network Trade Show, where bookstore/giftshop owners from all over the U.S. and Canada – just like other retailers do — place orders for the year from publishers and other vendors.

That’s the second thing: “CMN” is a major promotional event for new books. My publisher displayed my titles prominently at its booth and took orders while I greeted passers-by with my bookmarks. My distributor (different from my publisher) sponsored a major book giveaway where I met dozens of bookstore managers. The Guild hosted a book signing with multiple authors, promoted in the CMN program and with flyers, generating lots of traffic. Radio and TV interviewers came to the Guild booth asking for authors to interview (as a result, I was on two radio shows and had a 10-minute slot with EWTN, a major Catholic television network). The Guild grants a “Catholic Arts and Letters Award” for excellence in fiction and non-fiction, an award given during a CMN breakfast for maximum exposure (my book VIPER was a CALA nominee last year, so everyone in the vast room heard the title and saw the cover art on the flyer placed at every table). In addition, the Guild held a writers’ conference in conjunction with the Trade Show where, as a panelist and a presenter, I was able to inform the dozens of attendees about my titles and distribute promo postcards.

That’s the third thing. The Guild sponsors two writers’ conferences each year: an online conference in March that is free, and the CMN-related ‘live’ event in August. Participants at each conference happen to include writers and editors from Catholic publications who are hoping to grow in their craft, of course, but who are also looking for content – that is, authors to interview and books to review. With such contacts, I’ve had reviews and features in some prominent national periodicals such as Catholic Digest, St. Anthony Messenger, and The National Catholic Register.

In all these ways, the Catholic Writers Guild has been crucial for me in reaching this particular readership.

A former producer with Wisconsin Public Radio, John Desjarlais teaches journalism and English at Kishwaukee College in northern Illinois. His first novel, The Throne of Tara (Crossway 1990, 2000), was a Christianity Today Readers Choice Award nominee, and his medieval thriller, Relics (Thomas Nelson 1993, 2009) was a Doubleday Book Club Selection. Bleeder, Viper, and Specter (Chesterton Press, 2009, 2011 and 2015 respectively) constitute the ‘Higher Mysteries’ series. A member of Mystery Writers of America and The Catholic Writers Guild, he is listed in Who’s Who in Entertainment and Who’s Who Among America’s Teachers. 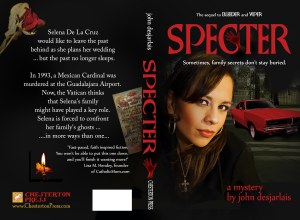 Selena De La Cruz would like to leave the past behind as she plans her wedding … but the past no longer sleeps. In 1993, a Cardinal was murdered in Mexico at the Guadalajara Airport.  Nearly twenty years later, the Vatican revisits the case … and finds that Selena’s dead father might have played a key role.  Selena is forced to confront her family’s ghosts … in more ways than one.