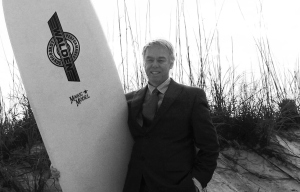 J. White is an award winning novelist and short story writer who has been published in several anthologies and magazines including, Wordsmith, The Homestead Review, The Seven Hills Review, Bacopa Review, and The Grey Sparrow Journal. His story, The Adventures of the Nine Hole League, was recently published in The Sherlock Holmes Mystery Magazine, #13. He has won awards and honors from the Alabama Writers Conclave, Writers-Editors International, Maryland Writers Association, The Royal Palm Literary Awards, Professional Writers of Prescott, and Writer’s Digest.

His crime fiction book, Deviant Acts, was released by Black Opal books in November, and will be followed by his Historical Fiction book, Nisei, in 2016. He was recently nominated for the Pushcart Prize for his short piece, Tour Bus. He lives in Merritt Island, Florida with his understanding wife and editor, Pamela.

I was informed that most who read this blog are either writers or prodigious readers or both, so we should all be familiar with that ubiquitous mantra heard at writers’ conferences on the importance of that first page, that first paragraph, that first sentence in your novel. How important are those first words in choosing a book? Before I try to answer that dramatic question let’s find out who buys the books in the first place.

That said, I’m screwed. The demographics for my books using those stats would entail about thirty or so old men in Mississippi working on their GED’s. Not a rosy picture for my book sales. I even used J.J. White for my pseudonym instead of John to try to trick those novel-buying women into thinking I’m a girl. It hasn’t helped. Still, I work hard on that first page to lure and entice the reader, and then, as they continue to peruse, yank up on the hook and reel them in.

Here are a few classic lines that enticed a book buyer to keep reading:

Much of your book rests on the foundation of those first sentences and first pages. Dennis LeHane once said at a writers’ conference: “Something has to happen on those first few pages or I’m out of there. Somebody better die, or get pregnant or something needs to blow up in order to keep me reading.” What he meant was your protagonist has to have some event happen to him or her in those first few pages which will affect them for the rest of their life. I attempted to follow the philosophy of strong first lines and paragraphs to try to keep the attention of the reader long enough for them to get interested in the character.

Here is the first paragraph from my new novel, Deviant Acts: 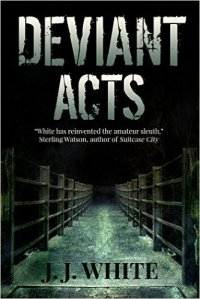 “Jane Fonda shot ten feet up the screen and then ten feet down. It pissed him off that she was selling out to the Man after risking her career sitting on an NVA antiaircraft gun. When the photo had come out, it was a big middle finger to the establishment, but now she was back making shitty movies for money, ignoring the cause.”

That’s a somewhat enigmatic first paragraph meant to establish a characteristic in the protagonist, whose point of view we’ve immediately entered.

Here’s another example from a manuscript I recently finished. In this one, I used setting to grab the readers’ interest:

“The room glowed green in rhythm with the flashing neon of Gerry’s Irish bar across the road and two stories down. Frank Daley, fully dressed and lying on his back on the cheap bed, put a period on the light show with the red tip of his Chesterfield.”

The truth is those first words are important but not, it seems, as important as one would think when buying a book. According to “Book in the Box,” the following criteria are used in their order of importance when buying a book at your local brick-and-mortar or on Amazon.

Apparently, these book-buying women don’t even look at the first page until they’ve checked out the title, front cover, bio, flap, and back cover. I do the same thing, I just never realized it.

So fellow authors, you can’t rely on your perfect prose to lure readers. Get your act together. Don’t settle on the first title that comes to mind. Have your writers’ group suggest other ones. Anything is better than the one you came up with. And have a professional design your cover not “Frank the Photoshop Expert” at your workplace. Then write a truthful but interesting biography. Finally, take your time on the description of your book before printing it on the back cover. My wife says the description is foremost for her when deciding to purchase a book. She should know. She buys all the books in the family.

Does that ring true or do you look for different things when shopping for new reading material?

3 thoughts on “Is The First Page All That Important When Deciding Which Book To Buy? by J.J. White”