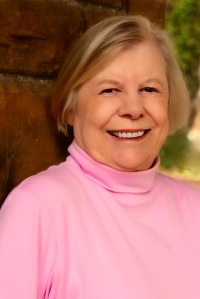 An award-winning novelist, Judy Alter is the author of several fictional biographies of women of the American West. In The Gilded Cage she has turned her attention to the late nineteenth century in her home town, Chicago, to tell the story of the lives of Potter and Cissy Palmer, a high society couple with differing views on philanthropy and workers’ right. She is also the author of six books in the Kelly O’Connell Mysteries series. With the 2014 publication of The Perfect Coed, she introduced the Oak Grove Mysteries.

Her work has been recognized with awards from the Western Writers of America, the Texas Institute of Letters, and the National Cowboy Museum and Hall of Fame. She has been honored with the Owen Wister Award for Lifetime Achievement by WWA and inducted into the Texas Literary Hall of Fame and the WWA Hall of Fame. http://judyalter.com/ 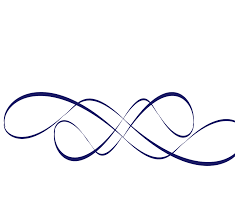 In the words of the friend who brought me lunch today, I’m…:

Tell me a little about yourself…

I’m a native of Chicago, lived in Texas over 50 years, the single mother of four adopted wonderful people who have given me seven grandchildren. I am blessed that we are a close family, get together often. Graduate school at TCU and one special professor launched me into studying and writing about the literature of the American West. Eventually that interest morphed into fiction, first about women of the American West and more recently cozy mysteries, with a detour to Chicago to write about Bertha Honore Palmer, stories wife of hotelier Potter Palmer. I have close to a hundred books to my credit, along with some nice awards. Along the way I served as editor and then director of TCU Press for almost 30 years. It’s been a rich and full life.

Where would you live if you could live anywhere in the world?

I used to be desperate to move to Santa Fe but today I wouldn’t move out of Fort Worth. I have a wonderful network of family and friends of all ages, enough of a career to keep me happy. I live in a great cottage on the back of my property while my youngest daughter and her husband and son live in the house. Because I am mobility impaired, they help with things I can’t do. And for 24-hour companionship, I have Sophie, a cross of a border collie and a miniature poodle.

If you weren’t a writer, what you would be?

A chef. Cooking has been my avocation for years, and I developed a good reputation as a hostess. Occasionally I considered professional chef training at least part time but the older I got the more rigorous it sounded. These days in my tiny kitchen my cooking days may be behind me but I still collect recipes almost frantically. Being recently diagnosed as lactose-intolerant has also put a crimp in my cooking style.

When did you decide to become a writer?

The decision just sort of happened. I began writing short stories at about the age of ten and wrote off and on after that. Work in medical public relations and academic publishing helped me to polish my skills until my muse felt free enough to take off in fiction. My first novel, After Pa Was Shot, was published in 1978. For almost fifty years Dr. Fred Erisman, Lorraine Shirley Emeritus Professor of American Literature at TCU, has encouraged me and helped me clarify my thoughts, though he dislikes the term mentor. My family are my cheerleaders, a loud, proud and enthusiastic bunch.

Do you keep track or write reviews for books you read?

Do you read reviews written about your book?

When you made your first sale, how did you celebrate and with whom?

My then-husband arranged a large surprise party—mostly with people who are no longer part of my life. Strange how things change.

Do you listen to music while writing?

No. Sometimes I have the TV on but muted

What’s the most memorable thing (good or bad) that’s happened to you while promoting your work?

Probably being carried, in a wheelchair, down a steep flight of stairs, with a restaurant manager assuring me his staff is “very strong.” Then the largest man I’ve ever seen who was not bedridden sat down next to my daughter without a word of apology or inquiring as to her comfort. Her sister across the table had hysterical giggles and by the time we got home we were all ready for wine.

With more books being released each month now than ever before, what do you believe sets your work apart from the others?

I would hope voice and an ability to draw readers into the story.

If you feel the need to write in your bones, don’t give up.

What do you feel is your most effective tool for promoting your published work?

What area of book promotion is the most challenging to you?

Your favorite books and author?

Which genres do you prefer to read?

How many books do you read/month?

What is the one book that you think everyone should read?

I think it’s a fallacy that there is one book that makes you educated or not. When I was working on my master’s, a faculty member was aghast that I had not read Dante’s Inferno. Well I still haven’t read it, all these  years later, and I don’’t feel any the worse for it.

How important do you find the communication between you and your readers? Do you reply to their messages or read their reviews?

Where can your fans find you?

Do you have a local independent bookseller you’d like to mention?

Wish we had a good independent bookseller, but alas no. Chicago, from swampland to host of the 1893 World Columbian Exposition, as lived by two leading historical figures: tycoon and hotelier Potter Palmer and his activist wife Bertha Honoré Palmer who fought for women’s rights and help for the poor. A story of love, major historical events, class warfare, intrigue, a forbidden love interest, and murder. A history of Chicago’s colorful Gilded Age.

If you could ask your readers one question, what would it be?

What can I do to give you what you want to read?

Are you working on anything new and if so when can we expect to see it?

Such a vague idea right now I’m afraid to say

4 thoughts on “Getting to know Judy Alter”