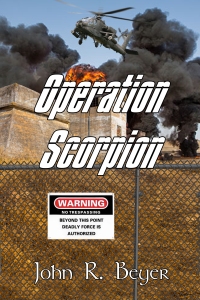 PI Frank Sanders is “blown away” by the woman who strolls into his office one morning. Not only is she drop-dead gorgeous, she’s also rich and willing to pay whatever it takes for him to find her missing father, world-famous geologist Dr. Stephen Jaspers who went rock hunting in the desert and hasn’t been heard from since. A retired Riverside California Police Department detective, Frank is used to searching for people. He takes the case, assuming it’s a simple missing person. But what he uncovers is more than he bargained for, leading him to suspect that he’s about to be blown away–literally, this time–along with everyone else in Southern California. 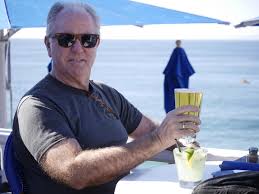 Former street cop, training officer and member of SWAT John Beyer has been writing most of his life. He’s traveled to at least 23 countries (and was actually shot in the head in Spain in 2000 during a march between Neo Nazis and Communists two days after running with the bulls in Pamplona). He was caught in a hurricane off the coast of east Baja (Bahia de los Angeles) while kayaking and lived to tell about it. Essentially, it’s hard to tell where experience leaves off and fiction takes over. You’ll want to read his books.