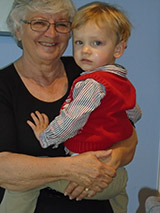 I’ve been designing book covers, both ebook and print, for clients for a while now.  My goal has always been to try to get the client to tell me what they want and then give them something as close to exactly that as possible.  I’m limited in this endeavor by a distinct lack of artistic talent.  I can’t draw anything that looks remotely like what I’m attempting.

What I do have is good design sense, thanks in some part of an art director I worked with at a magazine years ago.  Before I started doing web sites I was an editor at a couple of trade publications. Back in the late 1990s, when the web began to explode, the publisher of the series of magazines I worked for at the time asked me to create websites for each.  I knew nothing about the web but I did have a background as a computer programmer.

Because I knew something about the technology and nothing about the aesthetics of designing websites, I went to the art director of the publications and asked for help. She gave me a terrific crash course both in using Photoshop and in basic design things like using harmonious color palettes, creating balance, and how to focus a viewer’s attention.

Fortunately there are many stock sites that can provide a gloriously varied array of photographs and illustrations I’m pretty good at taking stock images and combining them, picking out elements to highlight and finding new and creative ways to use them. But what sort of images work best?

And what else should a cover include?  Title and author name are givens. A lot of publishers and authors add banners with “Bestselling Author” or “Award-winning Author.” Some put their own publisher banners and or series title on as well.

To try to get some answers to those questions, I took a few genres on Amazon and checked out the covers of the top 40 books in the genre.  The things I found most frequently on book covers beside a graphic and title and author name are:

Quote from another author or review snippet

In most cases the largest text was the book title, often far larger than anything else, unless the author was a well-known figure. In that case the author’s name was usually larger than the title.

Other text was more likely to appear on covers published by major New York houses where they reflected the print cover. Quotes from reviews or other authors were almost exclusively on those. In most cases it was impossible to read the secondary text at small sizes. Indie-published books usually had less text, though a series name was fairly common.

For the images on the covers, I found most frequently a single strong intriguing image dominated the visual space. In general about two-thirds of those were of a human figure, evenly split between male and female. There were some interesting genre differences, however.

Mystery/Thrillers – The covers were mostly dark, and less likely to have human figures on them. When they did, the figures were usually small and shadowy. Titles tended to dominate the cover (except for very well-known authors), sometimes with patterned or even indistinguishable backgrounds. Interestingly, this held true for almost all of the subgenres, except for cozy mysteries, which were very different.

Cozy mysteries – illustrated covers dominated, often featuring animals or food; it’s a female-focused genre and the covers reflected that. Most are bright and colorful, projecting an upbeat mood even when the title included the words “murder,” “killer’ or death (and many of them did). If there is any human figure on the cover it’s almost exclusively female.

Romance – These covers were lighter and brighter. In general the image itself was more dominant and the text for title and author smaller. About three quarters of the top 40 books listed had human figures.  Of those, six showed couples, and two thirds of the rest had a single male figure.  In the subgenres, Historical had more couples and female figures by a good margin. Paranormal romances tended to have darker covers and were also more likely to feature a female character. Romantic suspense also had darker covers but otherwise the breakdown of human figures was about the same as the romance genre overall.

So there’s a quick (and rather subjective) cover analysis. I already knew that the cover was an important (if not the most important) marketing tool for a book. The most effective ones give quick visual cues about the content and the target market.

Anyone responsible for their own cover or designing for others needs to keep that in mind. A cover that’s a work or art is useless if it doesn’t help to sell your book. The cover must convey a genre-appropriate feel for the content.

The second most important marketing tool is your title, unless you’re a well-known author, in which case the name is the feature.  I did notice some interesting trends in titles, but that’s a blog post for another day.

Karen McCullough, a former editor for a series of trade publications and web designer, is also the author of more than a dozen published novels and novellas in the mystery, romantic suspense, and fantasy genres. Her publishers include Avalon Books, Harlequin, Kensington, Belle Bridge Books, and Five Star/Cengage. She’s won several awards including an Eppie Award for best fantasy novel and been a four-time Eppie finalist, a Daphne finalist, Prism finalist, Rising Star Award finalist and several others. Her short fiction has appeared in a number of anthologies and small press publications in the mystery, science fiction, and romance genres. Her most recent publication is a short story in the Triangle Sisters in Crime anthology: Carolina Crimes: 21 Tales of Need, Greed and Dirty Deeds, published July 31 by Down and Out Books. She has three children, eight grandchildren and lives in Greensboro, NC with her husband of many years.

I hope I’ve done a decent job of sticking to the genre conventions for my most recent release, a romantic

suspense novel. In Hunter’s Quest, Kristie Sandford’s vacation is interrupted when a man jumps out in front of her car. She avoids hitting him, but when she stops to see if he’s hurt, he demands she help him escape from the people chasing him. Kristie has an odd “gift”-she occasionally gets warning messages, and she gets one saying he needs her help or he’ll die.

Jason Hunter is an SBI (N.C. State Bureau of Investigation) agent working on his own time searching for a friend, an investigative reporter who disappeared while tracking down rumors of corruption in the bureaucracy of a small, North Carolina mountain town. Jason is grateful to Kristie for rescuing him, but dubious when she insists she has to continue helping him. Kristie is attracted to Jason, but the edge of danger she senses in him reminds her too much of the abusive family she escaped as soon as she could. Still, the message said he’d die if she didn’t help him, and the messages have been right before.

2 thoughts on “What Does the Perfect Book Cover Include? By Karen McCullough”