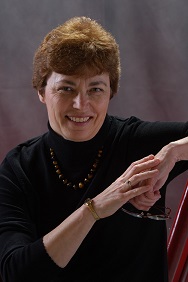 Before I was published, I learned a successful author has to have a brand. The term is a little difficult to pin down to A or B or A+B, but basically it’s something that stops a reader’s eye as she wades through the thousands of new books offered every month. A brand connects synapses, whether it’s the author’s name, the series name, the topic, the title, or even cover art. “Oh!” the book shopper thinks joyfully. “Here’s something I’ll like.”

Branding means a second or twelfth or thirty-first book is noticed, even awaited, by fans. Readers need a reason to pay money for a book, to sign up for a newsletter, to pre-order (and boost Amazon ratings), and to tell their friends they should give an author’s work a try.

How does one get a brand? Start with the questions of information: Who? What? Where? When? and Why? The Who? makes some brands easy. When the author is well-known, her brand is already established. We’ve all seen movie stars and politicians try their hand at publishing, and it often works. I’ve been literally pushed aside at Barnes & Noble so someone could get to the title with a famous name/face on the cover. (If I only had a nickel for every reader who ignored my table of attractively-displayed books and asked if Nathan Fillion “really” wrote the Castle books!) However talented celebrities-turned-writers might be, I want to shout, “I spent thirty years of my life studying the language and its greatest writers. Then I worked for a year alone in my garret (okay, it’s an office, but it’s upstairs) to produce this new release. Isn’t that better than some comedian who paid a ghost writer to do the hard stuff?

You’ve probably figured out by now that I had no qualifications as a Who? Telling an agent or editor I’d taught high school English for decades was no doubt yawn-inducing. I wasn’t as interesting as the guy who climbed Mt. Everest one stormy year and was one of only a few who lived to tell about it. Now that’s a brand, though I can’t say I’d go that far to get one. I don’t have an interesting accent, I never worked for the CIA, I’m way past being pin-up cute, and I refuse to wear costumes that relate to my work. (Okay, I did that a few times, but it was always in the best of taste.) So Who? Was a difficult question for me—and often still is.

What? Often this one is answered by what came before. An author who writes a book that’s well-received writes another in the same vein (your agent will tell you to get busy on it as before the ink is dry on the contract). Cover art is likely to be similar and connected to the theme, whether it’s a coffee shop mystery or another installment in the saga of a strange world. Series titles might co-ordinate, like Dean Koontz’ Odd series or my historicals, which make reference to Elizabeth Tudor’s official titles over her lifetime. That builds the brand, which readers need, since they tend to forget they read and liked an author’s work until those synapses connect. So What? is an ongoing question, answered as an author builds a repertoire and readers grow to expect certain things from her.

Where? can be helpful, since readers like certain locations. My home area, though beautiful, is of little help. I live in northern Michigan, in a community so rural I point to a spot on the palm of my hand to show where it is. Besides making travel to hubs of publishing poshness difficult, it doesn’t make a gritty setting, like L.A. or Chicago, nor a trendy one like Taos or Seattle, nor is it exotic like Bangkok or Sao Paulo.

I began my writing career with no unique background, no track record, no intriguing locale. No Who? No What? No Where?

With When? I got a little lucky. I began with Tudor era mysteries that have lots of period detail, which appeals to a large chunk of readers. The Simon & Elizabeth Mysteries sold well, and reviewers took note. Then my publisher, after a bankruptcy and a lot of upheaval, decided to eliminate the mystery genre from its lists.

I sort of had a brand. For a while.

To be honest, these days my biggest branding problem is me. I write what I find interesting, and I can’t simply keep repeating my successes. After four historicals I became fascinated with the idea of a homeless detective and invented Loser (Killing Silence), but after three books, her story was told. Despite my (new) publisher’s suggesting it continue, I went on to a fun, mildly paranormal series (The Dead Detective Agency). Again, the arc came to a satisfying conclusion in four books and I saw no need for further exploration. My most popular series of late is written under a pseudonym (The Sleuth Sisters-Maggie Pill). So far it’s been a hoot, but a new idea took over in 2017, pushing the sisters aside for a gang of oddball vigilantes (KIDNAP.org). It’s hard to have a brand when your series are so different, so varied, and so short-lived.

That brings me to the last question: Why? Why would a person want to read what I write? That’s best answered by the motto I devised to pull my widely scattered titles together: Strong Women, Great Stories. My goal is to tell tales that are fun, interesting, and filled with characters who triumph over whatever bad things happen to them. That’s my brand, and while it isn’t unique, I think many readers want that very thing. I can guarantee the next story won’t take place in N.Y.C. or Shanghai–but I have been to Chicago a few times.