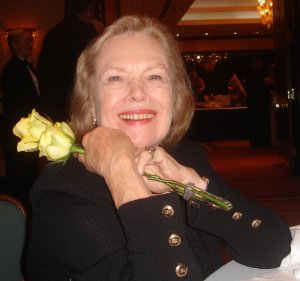 Just when you believe that you have heard of them all, more ways of committing fraud are appearing in Costa Rica where I reside and elsewhere in the world. For a few years, most of us have been aware of bank swindles, which occur when a man calls and says he is from your bank. Other than calling to thank you for “Christmas baked treats” if you gifted the staff, banks usually send a message to clients on their cells, asking them to call the bank. If you do not trust calling per a message, it is worth a trip to a branch. Basic recommendation: Do not give any personal financial information in an email or over the phone unless you have initiated the contact using a known number or address. Verify the email is legitimate by contacting the sender in a separate email if you have any doubt. Also, beware of attachments; use caution before opening them unless you are sure they are legitimate.

Another fraud perpetrated on people involves those selling personal items online at sites like E-Bay. The alleged buyer declines to meet to view the item but requests a bank account number allegedly to post a payment. Instead of paying for the item, the thief removes funds. Beware if a person asks for a bank account number on the phone without seeing an item you have for sale; do not do business with him or her.

Lately, especially in the United States, gift cards are a current method for swindling funds. For example, a grandmother in her mid-seventies received a call from a man identifying himself as her grandson. He asked her for help with his college tuition. The man warned her not to answer any questions from the salespeople when she bought $4,000 worth of cards. Thieves prefer the cards to a bank transfer or other means of payment that a bank or legal authority could intercept. To read more about gift card fraud, click here: https://www.scambusters.org/giftcard.html

If you receive an email from a person or company asking you to call a certain number, do not.  Call the organization’s number that you know and ascertain it is a legitimate request.

The Ministerio de Hacienda currently has a warning banner on its legitimate website about a possible fraud that has become a means of emptying taxpayers’ bank accounts. From the methodology used when perpetuating the scheme, which also involved creating remotely a “factura electrónica,” it makes sense that the thief has worked for, or illegally accessed Hacienda client files. A native friend, when informed of a Hacienda fraud scheme, explained that he too received a call from a person saying he was with the Hacienda who asked him about his tax return. About an hour into the phone interview, the person asked for a credit card number. At that point, the man realized the inquiry was fraudulent and hung up.

Recently, a woman received a call from a man who spoke Spanish like a Tico (as natives of Costa Rica call themselves). When she did not totally understand him, he gave the phone to a man that sounded like an American. The second man named Jorge, immediately explained, “I grew up in the States and later learned Spanish in Costa Rica.”

This woman had recently unsubscribed from the Hacienda in order to avoid filing a tax return because she no longer had a paid job in Costa Rica. This made her believe that the call might be about that. Had she read the article in the Tico Times posted in early December 2018, she might have become suspicious immediately. You can access the piece here: http://www.ticotimes.net/2018/12/08/op-ed-happend-to-me-scam-costa-rica

The Hacienda incident proved an ordeal beyond the money she lost from her bank account. A recount of it, along with the swindles mentioned here, will become a chapter in the fourth edition of Retiring in Costa Rica or Doctors, Dogs, and Pura Vida that I will publish later in 2019. Besides losing money, it took many trips to the bank to get a new debit card, an ATM code, and data associated with the fraudulent transaction for proof. In addition, many telephone calls, and a trip to San José to the the Organismo de Investigación Judicial, (OIJ), a unit of the Supreme Court of Justice of Costa Rica to make a Denuncia followed, plus follow-up with the OIJ. The bank is also researching what happened and will be in touch with the victim. Do not hold your breath because investigations like this often take months to years to complete.

Helen Dunn Frame graduated from the Journalism School at Syracuse University and subsequently earned a Master’s Degree from New York University. She has been widely published in subsequent years. Her books include Retiring in Costa Rica or Doctors, Dogs and Pura Vida (third edition), Greek Ghosts, Wetumpka Widow, Secrets behind the Big Pencil, and Retirement 101. They are available on Amazon in paperback and on Kindle. She has lived in Costa Rica for fourteen years.

BETWEEN THE COVERS OF THE THIRD EDITION OF RETIRING IN COSTA RICA OR DOCTORS, DOGS AND PURA VIDA

To retire fulltime, part time, or not at all, that is the question. As you approach what could be the last quarter, or even third of your life, it is a major decision to make. You want your adventure to turn out well in order that your golden years will be happy, healthy, and content.

This book offers a great first step in doing your due diligence beginning with the first Chapter, Retirement 101. This encourages you to look beyond your financial plans and to consider what you will do with your wonderful free hours You’ll undoubtedly discover if retiring to this emerging nation is for you. You may decide that living abroad anywhere is not for you. If your choice is a different foreign country, you may recognize what you might face when adapting to a different culture.

The book contains a lot of information that will enable you to carry your due diligence to the next level. In addition, you may contact the author through her website to download a Moving Guide and workbook, useful for any move.

KUDOS: If you are contemplating permanent retirement, investing, or even birding in Costa Rica, then you must read this book. It is an in depth, comprehensive guide by U.S. expat Helen Dunn Frame. It provides you with a systematic guide for the entire process of making your tropical retirement dream easily come true. Rowdy Rhodes, Semi-retired Freelance Writer.