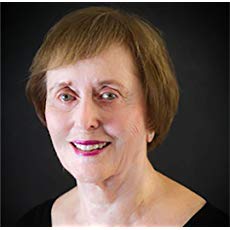 As mystery writers, we dream up plots, then create characters to act them out. But in every day life, we often encounter mysteries of a different sort, if we take the time to be observant.

On my morning walks around my neighborhood, I’ve spotted some strange and even scary stuff. These aren’t the kind of situations I’d write a book about. But they stir my interest, and I find myself trying to puzzle out what’s going on. It’s kind of like the old game, “What’s wrong with this picture?”

Take one example: A couple of blocks away from me is a house that has looked deserted as long as I can remember and has fallen into serious disrepair.

It wasn’t so much the house that caught my attention but the backyard, which was surrounded by a tall wire fence and further screened from the street by a hedge, dying from lack of water.

One day I paused to look through the thinning hedge and spotted something odd. Lining both sides of the yard were cages (rusty and leaning in various directions) large enough to hold human beings. The cages were empty. But then I noticed a very large portable storage unit (in a similar run-down state) parked at the back of the property. It got me thinking. Could whatever was once held in those cages now be locked up in the storage unit? There was no smell, but still . . .

I started walking on the other side of the street. Some months later, I saw a moving van in front of the house. Two men were moving furniture from the house into a van. This came as a surprise, since I’d never seen evidence of anyone living there. Besides the movers, I noticed that the storage unit was now standing wide open. I hurried across the street to get a look. Inside were various neatly stacked cartons, labeled “towels,” “sheets,” “clothes,” etc. At the very back of the trailer were pet beds, stacked all the way to the ceiling, starting with the largest on the bottom and the smallest at the top.

So, I concluded, the house must have belonged to someone who had once owned a pet store or ran a pet rescue organization. Nothing sinister after all. I have to admit I was almost disappointed.

Nancy was born in Oakland, California, and grew up with her parents and two sisters in the flatlands of

East Oakland. When she was around eight—in a world that was a lot safer that today—she was allowed to roam the neighborhood by herself, and her visits to the tiny Alandale Public Library were the highlight of her week.

She attended public schools in Oakland. Her father opposed the idea of sending girls to college, being of the opinion that they would be better off working as waitresses to prepare them for their life’s work as housewives. Nancy ignored his advice and went on to UC Berkeley, where she supported herself by working in the campus library. In addition to the pleasure of working around books, the job had an added benefit of allowing student clerks to disappear into the stacks and read when work was slow. Nancy majored in English literature and graduated from Berkeley with honors.

Her first job was as an associate editor for a small, long-vanished publishing house in San Francisco. When her two daughters were born, she stayed home and began writing freelance articles for a local paper, as well as teaming up with her husband, Bill Boyarsky, on magazine articles. They lived in Sacramento for ten years, while her husband covered the state capital and political campaigns for the Associated Press.

The family moved to Los Angeles when Bill joined the staff of the Los Angeles Times. When her girls were in their teens, Nancy gave up freelancing and returned to full-time work, first as associate editor of Los Angeles Lawyer magazine and later as communications director for political affairs for ARCO. She quit ARCO when the first of her two granddaughters was born. Since then, she has devoted herself to writing and editing. Her primary hobby is painting portraits and images from old family photos dating from the early 1900s. She loves reading fiction, the theater, films, and travel, especially to the UK where the theater and books are a national passion.

Nancy Boyarsky coauthored Backroom Politics, a New York Times notable book, with her husband. She has written several textbooks on the justice system and contributed to political anthologies, including In the Running, about women’s political campaigns and The Challenge of California by the late Eugene Lee. She has also written articles on a variety of subjects for the Los Angeles Times, West magazine, Forbes, McCalls, Playgirl, Westways and other publications.

She is currently working on another mystery featuring Nicole, as well as Family Recipes for Gastroenteritis, a tragicomic memoir of growing up in Oakland in a family at the far end of disfunctionality.​

She lives in Los Angeles with her journalist husband, Bill Boyarsky.

One thought on “The Haunted Storage Van by Nancy Boyarsky”