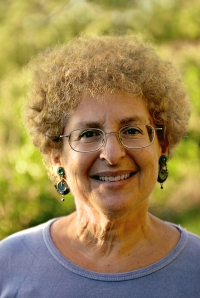 Elizabeth Zelvin is an incredibly versatile woman and a talented author who consistently utilizes her personal skills and professional knowledge in her writing. Listen and learn:

Liz: I’ve been writing my whole life. I first said, “I want to be a writer” when I was seven, and I didn’t even have a Plan B until I was almost forty, when I got a master’s degree in social work and became a psychotherapist. Today, I do both.

Liz: Although I’d published three books (two poetry, one professional) and a lot of professional material, articles and book chapters, I didn’t feel I’d fully succeeded as a writer until my first novel came out. Success as an author is something else again. That’s a matter of business rather than craft.

PJ: That’s an important distinction! Is the writing life what you expected when you started out? If not, how is it different?

Liz: The writing life is different from what I expected when my first mystery, Death Will Get You Sober, came out five years ago. As a young woman, I visualized social success and validation rather than the task of writing, but if someone had asked me, I would have said it would be a solitary task. I spend a lot of time at my computer, alone in my apartment, but I’m constantly connected to the community of mystery writers and the larger community of mystery lovers, thanks to the Internet. And since I’m lucky enough to live in New York City, I go to all the parties—book launches, Edgars Week, monthly meetings of MWA and Sisters in Crime—as well as mystery conventions. The support and guidance of other writers has been crucial to the development of my craft as well as the business of getting and staying published.

Liz: May I ROFL (roll on the floor laughing)? The experience that’s best helped me deal with the reality of what most fiction writers earn is my thirty years as a published poet. Nobody expects to make any money whatsoever writing poetry, so the expectations are realistic from the start.

Liz: The entire publishing industry, the definition of “getting published,” and the very nature of reading have changed in the few years since my first novel, Death Will Get You Sober, appeared. My first publisher, one of the biggies, dropped me a week before my second book came out because my advance sales weren’t bigger than the first book’s—at the precise moment the economy crashed. I took a year to lick my wounds—and in that year, getting dropped by one’s publisher became the norm, even for successful authors with devoted followings. The e-book market exploded, small presses started to get a lot more respect, and self-publishing became an option that didn’t necessarily put a writer beyond the pale forever. One effect of all that is that I am more conscious about asking myself, “What do I want? What am I willing to do? What part of this process do I like? What do I do best?” My answers to all these questions may change, but they’re very personal. I may not make the same decisions as any of my writer friends about my career direction.

Liz: I would network with other writers a helluva lot sooner, and I would revise my first manuscript a lot more before starting to query agents.

Liz: My list includes, in addition to all that, the other “hats” I wear—as a psychotherapist currently working online and a singer-songwriter with an album that’s just been released, so I’m promoting both the new mystery, Death Will Extend Your Vacation, and my CD, Outrageous Older Woman. My way of allotting my time is completely intuitive. I sit down at the typewriter every morning and start tackling whatever seems most pressing. When I’m working on a first draft or have had a brainstorm about a new short story or even a blog post, that gets my morning energy, if possible. But if I have a scheduled session with a client, the writing may have to wait.

Liz: Maybe this is not objectively the most exciting event, but the thing I got the most excited about was the call from the person who became my agent at the time I had to negotiate the contract for my first novel. He was not my first agent, I’d already received the offer from the publisher, and I have a different agent now. The story is far too complicated to go into. But I was in the shower coloring my hair when the phone rang, and when I heard the agent starting to leave a message, I absolutely had to take the call. Thank goodness no one Skyped yet back then. We talked for half an hour, and please don’t ask what my hair looked like by the end of the conversation.

Liz: I’ve already mentioned it: getting dropped by my prestigious publisher a week before my second book came out. It meant I had to revise my expectation of writing a lengthy series. The third book, Death Will Extend Your Vacation, has just come out with another publisher. But in the interim, my whole vision of my mystery writing career had to change. This is not necessarily a bad thing, but it’s certainly different.

Liz: One very touching moment took place at the Poisoned Pen bookstore in Scottsdale, AZ. PJ Nunn, of all people, had arranged for me to appear on “Good Morning, Arizona” that morning to promote Death Will Get You Sober. I’d spent my four minutes talking about how passionately I feel about the transformational power of recovery from alcoholism, particularly through AA, as personified by Bruce, my recovering alcoholic protagonist. When I got to the bookstore that evening, only a couple of people had shown up. It was one of those moments when my long experience of poetry readings came in handy. But the chairs had been placed in a circle, and Barbara Peters wanted me to give my talk anyway, so I went into my spiel for the two customers, Barbara, and a couple of her staff members. I was just winding up when the door of the store opened and a guy came in. The clerk at the desk waved him in our direction—we were way down at the far end of the store—and he walked toward us. When he got there, he looked at us sitting around in a circle, nodded as if he found it reassuring, sat down in a vacant seat, and said, “Hi, I’m Bob, and I’m an alcoholic.” He felt right at home, and I that made me very happy. He bought the book, too.

PJ: Wow, that’s a great story! I hadn’t heard that before. You just never know who’s watching, do you? With more books being released each  month now than ever before, what do you believe sets your work apart from the others?

Liz: I hope this doesn’t sound presumptuous, but I think that my voice, my characters, my dialogue, and my themes are all distinctive. I’ve had my share of crummy reviews like everybody else. But when a reader or reviewer says, “Her characters leap off the page,” “Her dialogue sparkles,” “She has the ability to make readers laugh and cry, sometimes in the same sentence,” or “I was profoundly moved by the struggle of the recovering addict,” I feel tremendously validated. They’re getting out of it not only what I put into it, but what made me want to tell the story in the first place.

Liz: Don’t do it alone. Join Sisters in Crime, especially the Guppies chapter, and Mystery Writers of America. Don’t start querying until you’re comfortable with critique and revision. Don’t rush the process—including, these days, deciding whether you want to try to get an agent and go the traditional route or e-publish your book yourself. Remember that  in today’s market, distribution and promotion are as important and craft. But don’t forget what made you want to write fiction. If it was for the money, you’re in the wrong business!

Liz: I was born to schmooze. My tools are my fast-talking mouth, my virtual mouth, ie my fast-typing fingers on the keyboard, and the empathy that made me choose to be a psychotherapist and serves me well both in creating believable characters and networking the way we have to do to promote our books.

Liz: I confess I’m not on Twitter. You could say it’s the ultimate schmoozing tool, but a limit of 140 characters suggests relationships that are too superficial for me. Hey, I do psychotherapy online. I like to go deep. The other reason is that my brain can only take in so much new technology. I love my iPhone and my GPS. I coexist with my computer and Facebook. So far, Twitter is simply one too many for me.

Death Will Get You Sober

Death Will Help You Leave Him

Death Will Extend Your Vacation

“Death Will Tie Your Kangaroo Down”

Death Will Extend Your Vacation is the third mystery in the series that started with Death Will Get You Sober. Recovering alcoholic Bruce Kohler and his friends, Barbara the world-class codependent and Jimmy the computer genius, take shares in a clean and sober group house in the Hamptons. Their first day at the beach, they find the body of one of their housemates, a beautiful investigative reporter who was passionate about environmental issues and other people’s boyfriends.

Death Will Extend Your Vacationis available at online bookstores or can be ordered from your local mystery or independent bookstore if it doesn’t stock books from Five Star.

Liz: If you’re old enough to remember Jack Benny, he had a comedy routine where there’s a hold-up, and the robber says, “Your money or your life!” There’s a long, long pause, and then Jack Benny says, “I’m thinking.” If it makes a good story, I’ve probably already told it. If I haven’t told anybody yet, it’s probably something I should keep to myself.

Liz, you’re delightful! Keep doing what you’re doing and writing what you’re writing. Folks, I know I say it a lot, but here’s an author who’s worth reading. She’ll take you to new and interesting places. Go buy her books! Till next time…