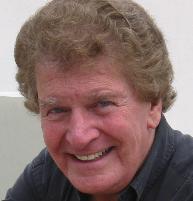 Edgar and Emmy-nominated, novelist, screenwriter, playwright Thomas B. Sawyer was Head Writer/Showrunner of the classic CBS series, MURDER, SHE WROTE, for which he wrote 24 episodes. Tom wrote/directed/produced the feature-film cult-comedy, ALICE GOODBODY. He is co-librettist/lyricist of JACK, a musical drama about JFK which has been performed to acclaim in the US and Europe. Tom authored bestselling mystery/thrillers THE SIXTEENTH MAN, & NO PLACE TO RUN. His new novel, CROSS PURPOSES, introduces NY PI Barney Moon, who doesn’t drive, hates LA, and is stuck there. Learn more about Tom and his work at http://www.thomasbsawyer.com/.

Tom: Full-time professionally, about 35 years. During my first career as a graphic artist starting in comic books, I did a little writing, but my focus was illustration.

Tom: After about three years in Television.

Tom: Coming to Hollywood, I’d anticipated directing, which was what I’d been doing back in NY (commercials, short films, some stage-work). I tried TV writing because I was assured that writers ran that business – which very happily turned out to be true.

Tom: In TV and film, way surpassed them. Less so in novel-writing.

Tom: Still the same – getting published – but with more and more focus on promotion. Very few of us can make it in the book biz without a lot of BSP (Blatant Self-Promotion), and other types of publicity.

Tom: It’s a juggling act, but I enjoy it. I write and/or promote pretty much seven-days-per-week.

Tom: Having JACK, my opera about JFK, produced by the Schuberts – and the thrill of writing for Angela Lansbury and Jerry Orbach for 12 years. 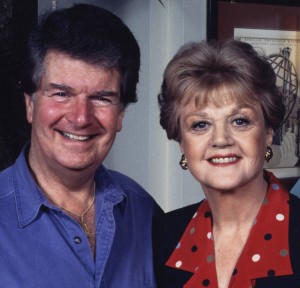 Tom: Not being instantly recognized for my brilliant talent.

Tom: Being compared with writers of the caliber of Elmore Leonard and Damon Runyon.

Tom: Humor, economy, entertainment. Our mandate in TV writing: Deliver the audience to the commercial-break. They’re all sitting there with thumbs hovering over the channel-clicker. Bore them for a second and you’ve lost them. That’s the way I write novels. Read ‘em and you’ll see.

Tom: It’s terribly important – strike that – vital – to know – with absolute certainty – that anyone who rejects you or your work is out of his or her mind. Believe in yourself!

Tom: Persistence. Noise. Word-of-mouth. I’d say all of those, plus networking.

Tom: All of it. Getting noticed at all in a world so full of people yelling “Look at me!”

Amazon (print or e-book), and it can be ordered for you by any bookstore.

Tom: No secrets that I can think of…

There you have it folks!  I strongly recommend you pick up a copy of Cross Purposes or some of Tom’s earlier work. I trust you’ll enjoy!