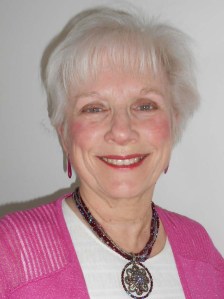 A couple of years ago I was on a panel with a popular romance and mystery author, and several times she said, “The new thinking with series is three and done.” I internally discounted the idea, but I’ve since understood it better.

By the time a series has three books, it’s probably picked up some loyal fans who anticipate the next installment. (If not, it’s three and better be done.) Unless it’s a blockbuster series, how many more readers will grab the fourth book and more? I’m not wise enough to speculate, but I think if there are not thousands more fans per new book, an author has to wonder if it would be more worth her time to work with a new set of characters.

Clearly, I’m not grappling with that, since I just issued The Unexpected Resolution, number ten in the Jolie Gentil cozy mystery series. I’ve considered whether time should pass and characters should stay roughly the same age. Beyond age, how much do the characters change – in terms of personality, relationships, careers, and more?

Sue Grafton left Kinsey Milhone (protagonist of the wonderful PI alphabet mysteries) in her mid-thirties, remaining in the 1980s. Some aspects of Kinsey’s life change, but the essentials remain.

Grafton likely had many reasons, but one might be that if time had passed, Kinsey’s landlord Henry (in his nineties) would have had to die. Hard to imagine the books without his bread-baking and droll humor.

I had initially planned that the third book of the Jolie Gentil cozy mystery series would be called Justice for Scoobie, and Jolie would solve her friend’s murder. Since she gets engaged to him at the end of book eight, clearly those plans changed. They had to. Not only was he popular with readers, I had the most fun when writing him.

Once Scoobie stayed in the picture, I believed he and Jolie had to marry. I didn’t like the idea of teasing readers with break-ups and make-ups, and neither of them were the type for long-term cohabitatation.

In television series, culminated relationships tend to ratchet down the creative tension. Should I end the series with Jolie and Scoobie’s life merger, or continue?

The question answered itself. No way could I abandon those characters–yet. However, with marriage, Jolie could no longer pursue crime solving behind Scoobie’s back. I also wanted to avoid the Cabot Cove syndrome, defined as having lots of murders in a small town. Okay, the murders continue in some form, but they have to move beyond Jolie discovering bodies as she appraises houses.

Book ten (The Unexpected Resolution) also had to be more than a wedding, but I didn’t want a murder 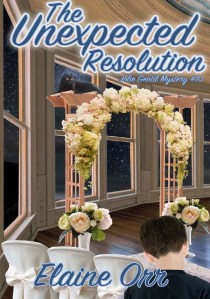 (though integral to the story) to take center stage. Instead, the book ties up secrets in Scoobie’s life – things he couldn’t begin to suspect. Jolie also has the chance to become a more well-rounded person — while maintaining her sense of irreverence and need to connect the dots.

Book eleven (Underground in Ocean Alley) will move the characters three years into the future. Three years! A character introduced in book ten has a prominent role, Aunt Madge is running for mayor, and Jolie is done with investigating things that don’t make sense. Or is she?

Characters evolve, and I hope they keep readers interested in more than solving a murder. However, in moving life forward in Ocean Alley, I’ll have to slow the passage of time. If not, some of the oldest characters would exit. I don’t like those options, and I don’t think readers would, either. Decisions, decisions.

Link for The Unexpected Resolution